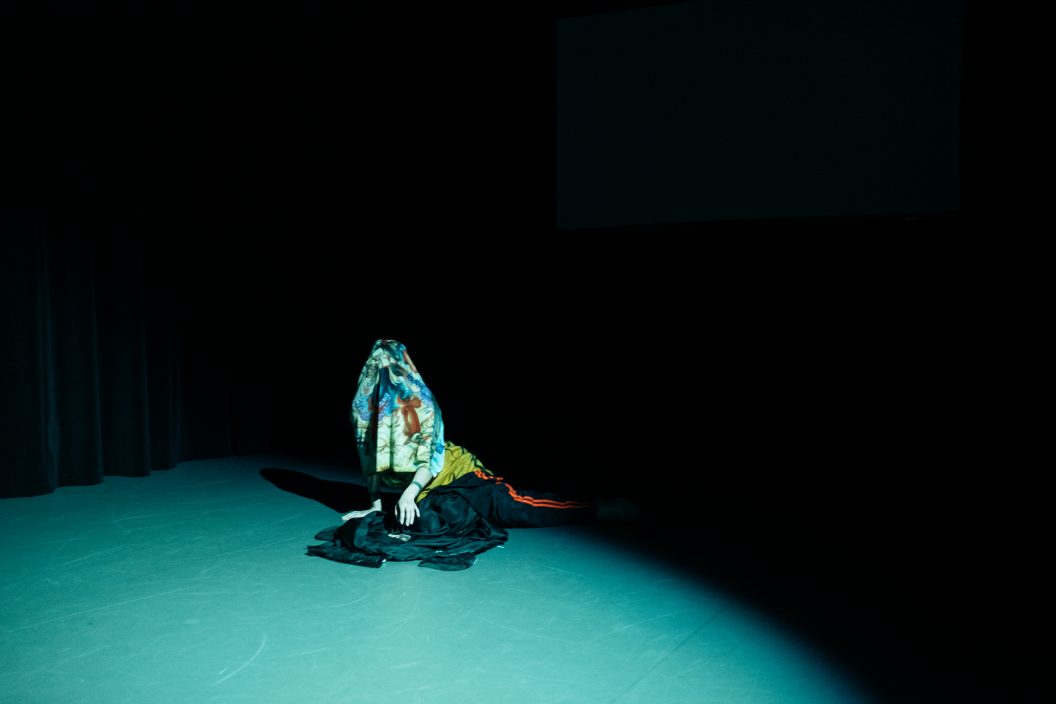 Part strip tease, variety show and lap dance, 𝔯𝔬𝔪𝔢𝔬 4 𝔯𝔬𝔪𝔢𝔬 calls upon the uncanny to disrupt sexual objectification. This dance seeks to open portals to a queer sexuality where softness is a resistance to forces that harden. This research seeks to trouble socialized notions of sexiness with the buddhist concept of the hungry ghost. The hungry ghost in eastern philosophy represents the insatiable hunger alive in people that leads to addiction, self harm or harm to others. It is represented most popularly by the spirit character “no face” in the movie Spirited Away, is a focal point in Gabor Maté’s book In the Realm of Hungry Ghosts and can also be found in the Gollum character of J.R.R. Tolkien’s novel, The Hobbit.

BIO // Moving between sound and performance, Be Heintzman Hope is a facilitator of music, dance and embodiment ritual based between Tio’tia:ke / Montreal and the unceded territories of the xʷməθkʷəy̓əm (musquem), Sḵwx̱wú7mesh, Squamish) and səl̓ílwətaʔɬ (Tsleil-Wateuth) peoples, colonially known as Vancouver. Their practice bridges dance training with conflict resolution, healing and community arts. They hold workshops in transitional spaces, dance institutions, DIY contexts and festivals that center queer, trans and racialized bodies – offering meditation, singing and dance as medicines to those on the frontlines of their healing journeys. They have facilitated workshops for various organizations and institutions such as Sherpa Centre de Recherche, Queens University, MascallDance, Ponderosa, The University of the Arts Philadelphia, and The Center for Gender Advocacy.