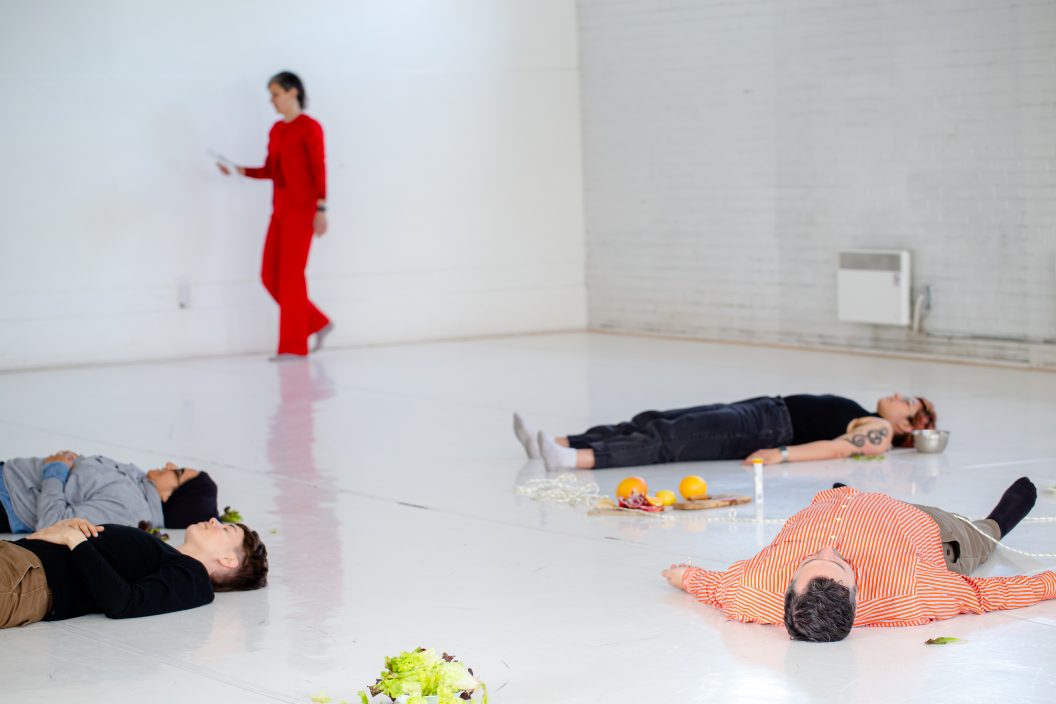 PROJECT // Humans are hosting organisms: it is widely accepted that over fifty percent of the cells in our bodies are not human but microbial. Bacteria, viruses, archaea, and fungi together form ‘our’ body. What does it mean to be a multispecies community? Polymorphic Microbe Bodies are a multisensory dance work that invites audiences into the microbial communities in their bodies. Rooted in somatics, this experiential performance is guided by a dance of language, sound, smell and taste.

In our previous collaboration, revolutions, we conducted interviews on the topic of revolutions with experts from different fields. One of them was a biologist who spoke about the microbial communities that we are. An ‘individual’, biologically speaking, is a fiction: we are more like a planet, composed of ecosystems, inhabitants and relationships. In the studio we translated these ideas into choreographic material. This material didn’t end up in revolutions because it was too different from the rest; it was the beginning of a whole new piece. In creating Polymorphic Microbe Bodies, we are also asking: Why is dance, a somatic art, so often perceived primarily visually? How can we create work that engages audiences’ felt, sensorial experience? 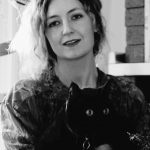 BIOS // Erin Robinsong is a poet, choreographer and interdisciplinary artist working with ecological imagination. Her debut collection of poetry, Rag Cosmology, won the 2017 A.M. Klein Prize for Poetry  and was described in the Globe & Mail as “an intimacy of ecological identities as wild, sensual and rhythmic as the cosmos.” Her work has been published in Lemon Hound, Vallum, The Capilano Review, Counter-Desecration: A Glossary for Writing Within the Anthropocene and Regreen: New Canadian Ecological Poetry, among others. Collaborative performance works with Hanna Sybille Müller and Andréa de Keijzer include This ritual is not an accident; Facing away from that which is coming; revolutions; and Polymorphic Microbe Bodies (forthcoming 2020). She is a recipient of the Irving Layton Award for Poetry, and has been nominated for a K.M. Hunter Award. Originally from Cortes Island, Robinsong lives in Montréal.

Hanna Sybille Müller is a mid-career choreographer, dramaturg and dance artist living in Montreal. She studied dance at the Rotterdamse Dansacademie (RDA) and received a diploma in media studies at the Berlin University of the Arts (UdK) in 2012.
In collaboration with Erin Robinsong she is currently developing Polymorphic Microbe Bodies, a dance work that explores the microbial worlds of the body, translating scientific information into experiential knowledge. Recent works include revolutions (2018, Tangente), transposition (2016, Usine C, OFFta, Studio 303, Wiesenburghalle) and a social choreography called Soup-text Series (2010-ongoing).
For almost ten years she collaborated with Eva Meyer-Keller. They have created two performance projects: Bauen nach Katastrophen (2009) and Cooking Catastrophes (2011), and one video project: Von Menschen gemacht (2010) that still tours internationally. As a performer, she has collaborated with Isabelle Schad, Jérôme Bel, Volker März, Martin Nachbar, TWO FISH, deufert&plischke, and s-h-i-f-t-s among others.
She taught at the UdK (Berlin University of the Arts) and at the ZHdK (Zurich University of the Arts). In 2016 she led the laboratory “Smoothies of the End of the World” at the Theater im Marienbad in Fribourg, and she currently teaches at the Cummings Centre and Studio 303 in Montreal.