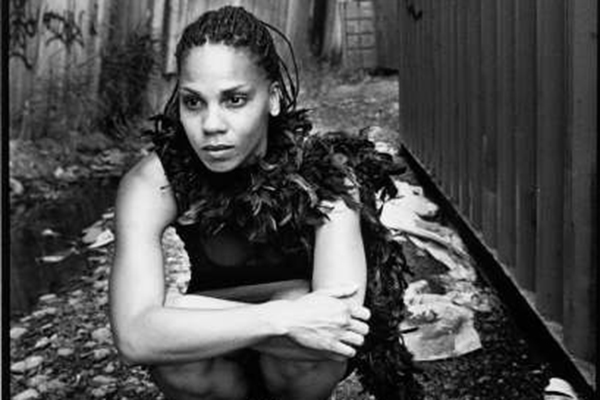 Graduating from LADMMI, École de danse contemporaine de Montréal in 1996, Mélanie Demers joined the ranks of the O Vertigo dance company in 1998, with whom she danced for close to 10 years. Parallel to her vocation as a dancer, she continued to develop an identity as a choreographer, initiated as of her entry into the professional milieu. Founded in 2011, Mayday exists as a platform for exchanges and reflection. In this optic she created Angles morts (2006), Sauver sa peau (2008), Junkyard/Paradis (2010) and Goodbye(2012). Mayday multiplies its international collaborations and is proud to consider itself one of the rare Canadian companies that has been presented in the Americas, in Europe, in Asia, as well as in Africa. www.maydaydanse.ca

1) Les Repérages
What: Performance at a festival
Who: Danse à Lille, Centre de Développement Chorégraphique (Catherine Dunoyer de Segonzac, former Director)
Where: Lille, France
When: One week in March 2008. Tangente told me I was selected around 9 to 10 months before the event took place.

Les Repérages is a network of primarily European presenters who each bring one artist a year to Lille for the festival and commit to program one or more artists that are part of the selection. Tangente participates in this network and actively participates in its dynamism. It’s a very varied program of contemporary dance works without a real anchor besides that of presenting a panorama of new artistic propositions from over a dozen countries. Dena Davida’s presence at the festival facilitates encounters with certain presenters who could potentially have an interest in the work. It’s necessary to request travel funding from the CALQ in order to finance the trip and related expenses. Several of my 2009 and 2010 tours came out of this opportunity in Lille (Turin, Milan, Ipswich, Charleroi, etc.…)

2) Centre National de la Danse
What: Residency and performance in the regular season
Who: Sylvie Dhuyvetter, Associate Director
Where: Paris, France
When: Three weeks in January 2009. Almost a year went by between the initial contact and the performance.

I was invited to participate in a co-creation with Laïla Diallo, a Quebecoise choreographer based in England. Almost all the contacts for this project resulted from this collaboration and from her relationships with European presenters and producers. Collaborations of this kind can greatly facilitate an infiltration of networks and exchanges on both sides of the Atlantic.
The CND is a French institution and the opportunity to take part in a two-week residency there before performing the piece was a privilege that allowed us to connect with artists and better understand the Paris and French dance milieu. Equally excellent working conditions are provided to artists at the beginning, middle and peak of their careers. The CND is an imminently efficient structure and all of the services that might be needed by the artists are available to them. Apartments for artists in residence, office space, completely equipped studios, medical resources. The CND offered us a very adequate fee and a coproduction.
Nothing concrete in terms of new opportunities came out of our time at the CND, but our relationship with the people there is still strong. They continue to follow my career and the door is always open.

3) B-Motion
What: Two festival performances and two residencies
Who: Roberto Casarotto
Where: Bassano, Italy
When: Several visits since 2008

Roberto first encountered my work during our visit to the Spring Loaded festival in London in 2008. He saw the piece Sauver sa Peau and since then he has supported all of my company’s productions, either by presenting the work or by offering residencies to develop a work in progress. Our collaboration, complicity and friendship have developed over the years. It’s probably the most significant collaboration that I have been able to develop with a presenter, and I feel in him a mutual respect and desire to pursue the relationship over the long-term.
Roberto Casarotto presents artists rather than presenting works. He’s interested in artists’ career development and the support they need to develop and mature. His programming reflects this philosophy. He’s mainly connected to the emerging European scene and its proliferation. The programming at B-Motion is very ‘up and coming’, but it is also very aesthetically and politically diverse. With very little means, Roberto Casarotto is able to support an effervescent contemporary scene in Italy, in Europe and in the rest of the world as well.
In order to be able to participate in the festival, Mayday has always received the support from the ‘Diffusion hors Québec’ program at the CALQ. For our residencies, the host organization coordinated workshops in the local community in order to support the travel expenses.
Each new visit to Bassano has contributed to solidifying a working relationship that also allowed a friendship. By spending time together, it has become easier and easier to obtain an honest and generous perspective on the company’s work and precious advice on how to move forwards.