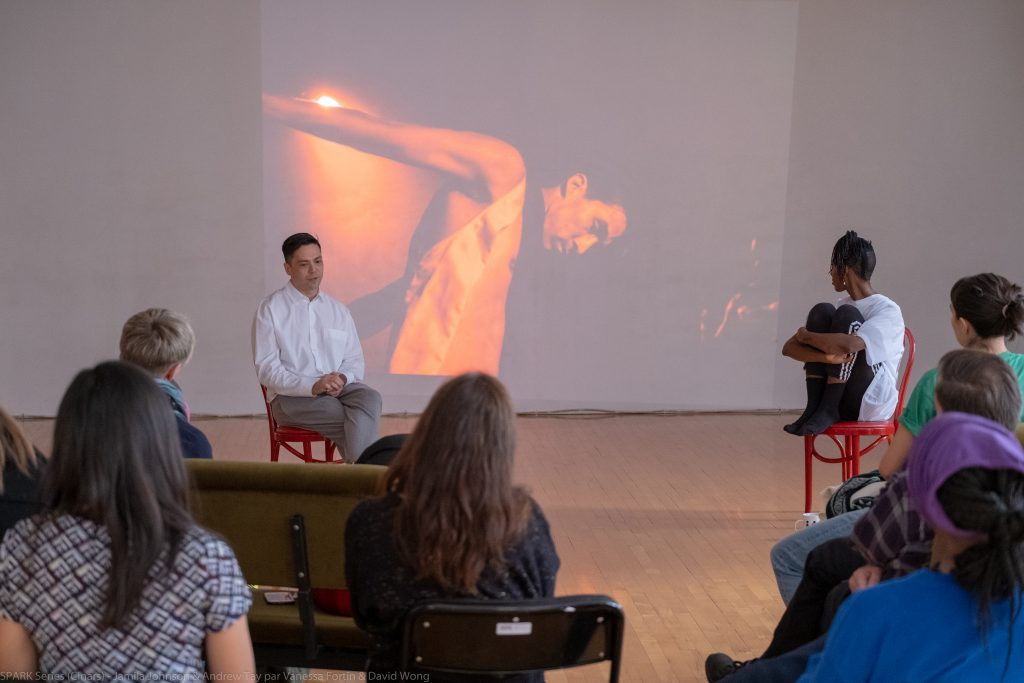 Studio 303 facilitates rich encounters between artists and those who can provide them with residency, presenting or other support opportunities. Our networking initiatives include:

À Table is a unique networking event that does not involve speed-dating, random schmoozing, or organized pitches. Presenters sit at individual tables in our studio for a 3-hour period to receive artists who wish to initiate, join or eavesdrop on conversations with them. In this context, presenters are positioned as resources, not buyers, and are at the service of the artists. À Table seeks to subvert tired power dynamics that are reinforced through traditional networking events.

SPARK Series happens during FTA/OFFTA (late May), taking advantage of the sizeable presence of presenters already in the city to organize public meetings, discussions and informal showings by some of our artists-in-residence.

SPARK is a 5-day multi-venue “urban art safari,” organized every sporadically (2010, 2013…) for a dozen international professionals with whom Studio 303 and its artists feel an affinity. SPARK Series has led to concrete touring and residency opportunities for many of the artists involved.

To learn more about our next editions, take a look at our calendar.

HOW DOES ONE GET INTO SPARK SERIES?
SPARK Series is not an event with an open call for submissions. We generally build the programming following these steps:
— A date is chosen in function of existing programming involving 303-associated artists.
— Then, we check in with our current season programmed artists (presented or in residency) to see what they are working on, and if it makes sense to offer studio showings of their work, or include them in a cabaret-style program, or simply invite to one of the social networking events.
— If programming space allows, we consider approaching certain artists from past seasons, prioritizing particular practices to complement the rest of the programming.

We know it’s a drag to not be included, but the intimacy of the event is what distinguishes it from all other market development initiatives. And we’re always careful to include at least one open networking event – such as À Table – for the broader community.