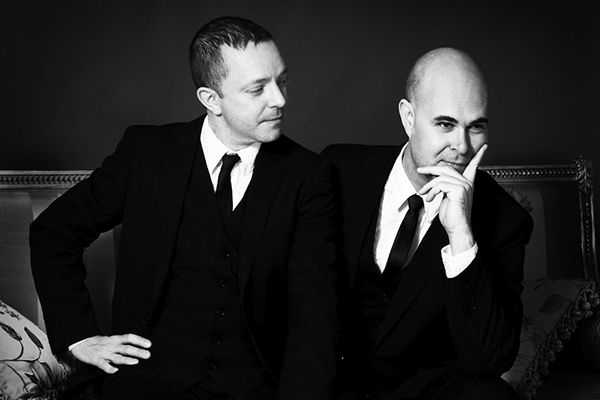 For the past ten years, as the artistic duo 2boys.tv, we have created collaborative, trans-disciplinary performances, videos and installations exploring the intersection of illusion, imitation and authenticity within metaphorical, metaphysical and technological environments. Political expression rolled into subversive and amusing forms is key to our practice as we search for ways to infuse our compositions with passion and the shameless desire for the emancipation of the powerless and displaced within and among us. www.2boys.tv

Our residency and performance resulted from years of planning in preparation for the 8th Encuentro of the Americas, to be held in Mexico, March 2012. Unfortunately, the event was cancelled in December of 2011, after we had secured the résidence and touring funds from the Canada Council. Therefore we arrived in Mexico with no specific plans to present work and only a mandate to undertake research and creation activities. Our stay coincided with the 10th annual International Cabaret Festival, hosted by Las Reinas Chulas.
Our initial contact with Las Reinas Chulas was in August of 2009. We had performed at their festival in July of 2010. We contacted them again shortly after our arrival in Mexico in February 2012, at which point they immediately invited us to perform at their festival. Likewise, the invitation from the main presenting partner, the Laboratorio Arte Almeda happened spontaneously over a meeting in early March. This kind of quick turnover is typical of Mexican cultural institutions as we witnessed several other artists in residence with no particular exhibition plans arrive and present work within the space of a few months.
This opportunity resulted from previous touring activities, that is, our attendance at two Encuentros held by the Hemispheric Institute, in Buenos Aires in June of 2007 and in Bogotá in August of 2009.

2) <ahref=”http: www.lokal.is=”” “=””>Lókal, International Theatre Festival Reykjavík</ahref=”http:>
What: Festival performance and tour
Who: Ragnheiður Skúladóttir, Festival Director
Where: Rekjavík, Iceland and Hoffsós, Iceland
When: Two weeks in September 2011. Due to several postponements with the original presenter, the process took several years, although the elapsed time between our introduction to Ragnheiður Skúladóttir and the date of the presentation was less than a year.

The final securing of this tour resulted from the work of our agent and associate Kris Nelson, who had been in contact with the Festival Director, Ragnheiður Skúladóttir for over a year. We had initially been invited by the núna (now) festival from Winnipeg to present Phobophilia in Iceland the year prior. This event was postponed twice and eventually rolled into the Lókal festival. In the meantime, Ragnheiður Skúladóttir had become familiar with our work and decided to invite us to perform at her festival, somewhat independently of the activities of núna (now).

We have a long-standing relationship with this company and especially with its producer, Erika Hennebury. We first presented work at Buddies in Bad Times for their Rhubarb Festival in February 2003. Subsequently they have invited us to present work there on several occasions as part of their season. Talks for the presentation of Tightrope began in January 2009, during the run of zona pellucida, with then Artistic Director, David Oiye and General Manager, Jim LeFrançois. When the artistic direction of the company turned over to Brendan Healy it took some time to determine whether the performance would be presented at Buddies in Bad Times. It was confirmed in January of 2010.
The opportunity came out of years of working with this company. Our first presentation there in 2003 was through an open call. Subsequently they have invited us to perform at Tallulah’s Cabaret and on their main stage on four occasions.