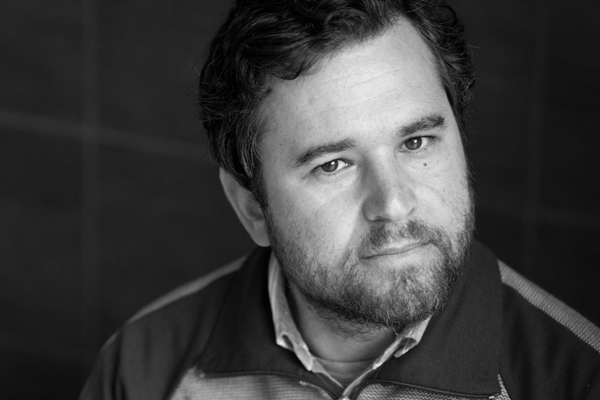 1) TextConText event
What: Text commission / workshop
Who: BIT Teatergarasjen, Sven Åge Birkeland, Artistic Director
Where: Bergen, Norway
When: Twelve days in September 1997. About nine months elapsed between the initial contact with the organization and the performance.

In 1996 my piece was presented at a Montreal festival run by Sylvie Lachance and Richard Ducharme. That year the festival organized an exchange with the BIT Teatergarasjen. Two artists from Norway would come to Montreal to present a workshop of a new piece with Montreal performers and then two Quebec artists would go to Bergen and do the same. The Norwegians Sven Åge Birkeland and Knut Ove Arntzen had a meeting in Quebec City with one of the Quebec artists, but this artist did not show up. Sven and Knut were furious, and they wanted to cancel the Begen stage of the project there and then. Sylvie quickly told them she had another writer who might be good for the project: me. I was to write a text that could be used by many different directors or collectives, and in completely different ways every time it was re-created. My text eventually developed into the book Unrehearsed Beauty (published by Coach House Books in 1999.)
I travelled to Bergen and worked with three young actors from the Bergen State Theatre. The grant for the original exchange paid for us to go there, and BIT paid for the rest. Many things happened during our work in Bergen, which was incredibly well received, but one stands out. The day before the presentation, one actor quit the project. With no other choice, we decided that I would replace him for the presentation. I would read the text in English, and the other two actors would speak the text in Norwegian. Artistically, this turned out to be one of the most interesting aspects of the presentation. It’s one of many the instances in my work where an unforeseeable incident created something that was much more interesting than what we had original planned. The experience of having English and Norwegian on stage together was one of the early inspirations for En français comme en anglais, it’s easy to criticize. The success of this presentation also led to the decision that Sylvie and I would begin working together as co-artistic directors of PME-ART. It was also in Bergen that I met many of the presenters I would work with in the years to come.

In 2001, Gordana Vnuk, the artistic director of Kampnagel in Hamburg, commissioned a new play from me. I eventually proposed an adaptation of the German novel Death in Rome by Wolfgang Koeppen. In 2003 I went to Kampnagel for a three-month residency to adapt the text and find a cast. Kampnagel received a grant to bring me there. I worked mainly with the new Kampnagel dramaturge Kathrin Tiedemann. The residency went extremely well, everyone said my adaptation of the novel was great and I met three or four actors I wanted to work with. I returned to Canada with plans to go back to Hamburg the following year and mount the show. However, Kampnagel applied for money for the project and did not get it.
For a long time it seemed like the entire thing was cancelled. Then in 2005 I was at Theater der Welt in Stuttgart and I ran into Thomas Frank. I knew Thomas from when we had performed Recent Experiences at Mousontrum in Frankfurt. Thomas told me he had just gotten the job as artistic director at Sophiensaele in Berlin. I literally had the Death in Rome script in my hand, and I gave it to him. A few days later he emailed me to say he was interested. By this time Kathrin had become the artistic director of Forum Freies Theatre in Düsseldorf and she agreed to co-produce. Sopheinsaele and Forum Freies Theatre applied for money in 2006, and in 2007 I travelled to Berlin to direct the show. After that everything went extremely well. Three of the actors I had met in Hamburg came to Berlin to be in the cast, and Andreas Oldoerp did the set. I often think of Death in Rome as a project I started in 2002 that didn’t happen until 2007, as some sort of lesson in pure persistence.

3) CAMPO
What: Creation which later toured
Who: Dirk Pauwels, former Director and Kristof Blom, current Director
Where: Ghent, Belgium
When: Off and on for three years, 2008 – 2010. Less than a year elapsed between the initial contact with the organization and the performance.

In 2004 I was asked by Geert Opsomer to propose a project for the Niewpoorttheater in Ghent. I first met Geert at TextConText in Bergen, and in 2001 he presented PME-ART in Ghent. I proposed something called An Anthology of Optimism. At that point it was mainly just a title. (My projects often begin as titles, and at that time I was finding all of my work too pessimistic and was searching for some way to fight it.) Geert didn’t do much to make the project happen, but for a few months he did tell everyone he talked to that he was working on a project with me entitled An Anthology of Optimism. One of the people he told was writer/director Pieter de Buysser. Pieter was extremely enthusiastic about my work and wrote me several long emails about how much he liked it. In 2006 Pieter said that he would like to work on the project with me and, since Pieter is basically the most optimistic person I have ever met, it seemed like a good idea. Pieter applied for a small grant and in 2007 I stayed with him in Brussels while we outlined the basic parameters of the project.
While we were in Brussels working together, Pieter was on the street one day and ran into Dirk Pauwels. Dirk was the Artistic Director of a company called Victoria, which had recently merged with the Niewpoorttheater to form a new organization called CAMPO. Dirk said he was interested, and a few days later we drove to Ghent to present our project. Upon arriving at the meeting, Dirk said he wanted to produce it. It was the shortest meeting I have ever had. Apparently Geert had been pushing hard to make the project happen. A year later I travelled to Ghent to begin rehearsals and the project premiered in Linz, Austria in Feb 2009. It went on to tour 32 cities and I will be starting a new project with CAMPO next year.