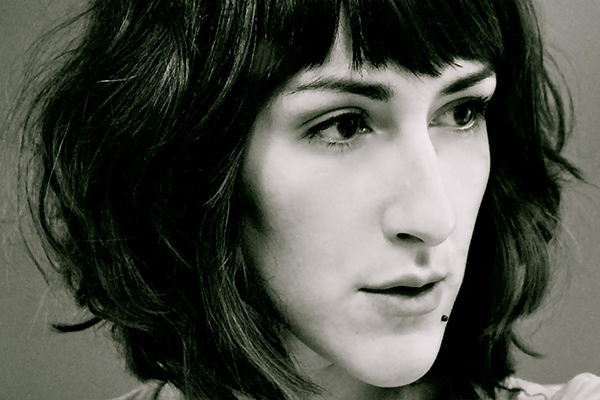 Over the last four years, Virginie Brunelle has made her mark on the dance milieu. Her three major works: Les cuisses à l’écart du cœur (2009), Foutrement (2010) and Complexe des genres (2011), were presented in Montreal, Europe and Lebanon and have earned her several awards. www.virginiebrunelle.com

1) Festival International des Brigittines
What: Performance at a festival
Who: Patrick Bonté, Director
Where: Brussels, Belgium
When: Five days in August 2010. There was around one year between the initial contact and the performance.

It was during a market research voyage in 2009 funded by the OQWBJ, that I first made contact with the festival director. My work seemed well suited to the festival programming.
Accommodation and per diems were covered by the festival.
I took advantage of the opportunity to contact, via press release, around a hundred presenters from Benelux and France that had something in common with my work, as well as the press and presenters in Quebec and Canada. This was followed-up by personalized invitations. Certain presenters, including the Baasbank and Baggerman agency, who program the Julidans Festival, responded. The director himself, accompanied by two members of his selection committee, attended a show!
After the second show, we had a discussion with the public. My dancers and I exchanged with a curious, intrigued and enthusiastic audience for over thirty minutes. A particularly touching moment: a woman of over seventy years old began to speak. In a voice broken by the holding back of tears, she spoke of the beauty she had witnessed and of the emotion that the movements had evoked in her. After her speech, all of the spectators warmly applauded. A touching moment for the whole team!

2) Julidans
What: Performance at a festival
Who: Jaap van Baasbank, Founder and Director
Where: Amsterdam, Holland
When: Five days in July 2011. One year passed between the initial contact and the performance.

It was during our stay at the Festival des Brigittines that we made a first contact with Jaap van Baasbank. One year later our show was programmed at his prestigious Julidans Festival.
The festival covered accommodation, per diems and local travel.
Pascale Correïa, the company’s agent, had sent personalized invitations to several European presenters. A few responded positively. Presenters from London (Alistair Spalding – Sadlers Wells), from Switzerland (Niels Ewerck – Gessmerallee Zürich), from Belgium (Gloria Carlier – Schowburg Kortrijk and Karin De Schutter – Schowburg Aalst), from France (Anita Mathieu – Rencontres chorégraphiques internationales – Paris and Helen Debacker – La rose des vents Villeneuve D’ascq) and the Netherlands attended the performance. After the first show we already had positive reactions. Karin De Schutter and Gloria Carlier, theatre directors in Belgium confirmed their interest in Foutrement. Moved by the emotions in the piece, they wished to present the work during the 2013 season.
Jaap Van Baasbank, Julidans Festival director and also president of a presenting agency – Van Baasbank and Baggerman – confirmed his interest in taking the company into their agency in order to offer Foutrement in a Holland/Belgium tour in February 2013 for at least ten shows. Since then, the tour has been confirmed!

It was during a presentation of Les cuisses à l’écart du cœur at Studio 303 that I first met Roberto Casarotto. He was very enthusiastic about the work and proposed a partnership on the spot: a tour and a creation residency.
In exchange for the residency space, the company gave three workshops to local dancers. The municipality of Bassano del Grappa covered our accommodation.
This place was able to please the entire team and as a result this residency was very fruitful. In fact, the fifty-odd spectators that attended the informal presentation were charmed by the performance. Rosa Scapin, General Manager of the Municipality of Bassano del Grappa, in charge of the Operaestate festival Veneto – a festival that includes creation residencies – was particularly touched by the maturity of the short choreographies and by the clarity of the choreographic signature. She mentioned that she had rarely seen such an artistic assertion from such a young choreographer!