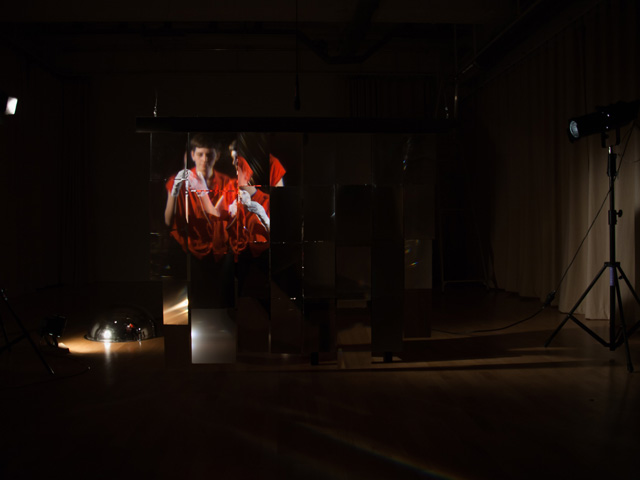 Smoke and Mirrors is a dance performance working with Magic as a lens to ponder the gap between what is seen and what is taken for granted, what is felt and what is known. Departing from the idea of “willful suspension of disbelief”, this work deconstructs certain Western theatrical traditions and invites the audience to find where belief is activated and where it is lost. Moving through the different frames of Stage magic, illusion, Real Life Magic and Magic-Magic, we wonder about the interstice between the suspension of disbelief and belief itself.

BIO // Erin Hill is a choreographer, performer, and writer. Through durational practices, she

works with her body and life as a site of experimentation, noticing habits of perception and critically questioning from where these habits arise, as well as where they lead to. Within dance, as a broad category, Erin seeks ways to practice a transfeminist phenomenological approach to identity; one enfolded
in fluid, horizontal and somatic states. In 2018 she received a Masters from Das Theatre (formerly DasArts). Erin currently makes home as a settler in the traditional gathering place Tiohtiá:ke, the unceded Indigenous lands of the Kanien’kehá:ka Nation, also known as Montréal, Québec. Since 2016, Erin has lived and worked in Amsterdam, and continues to nurture her relations there as a part-time home.