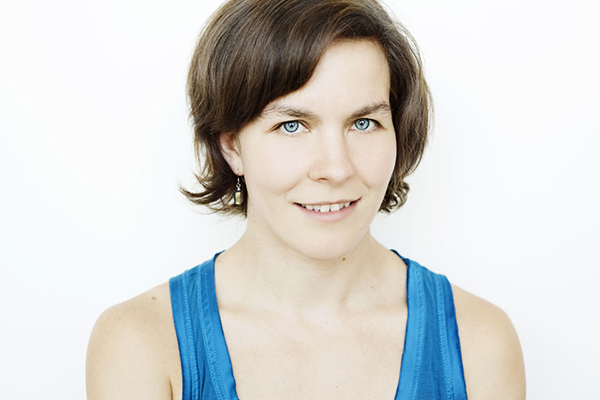 Caroline Laurin-Beaucage has been active in the Montreal dance community for over twelve years, as much a dancer, a creator as she is a teacher. As of 2001 she began her choreographic explorations through the creation of solos and group pieces. She is the founding member of the new dance company LORGANISME, serving as its co-artistic director since its creation in 2010. www.lorganisme.com

1) Festival ArthDanThé
What: Performance at a festival
Who: Théâtre de Vanves (José Alfarroba, Director)
Where: Vanves, France
When: Four days in March 2012. There were two years between the initial contact and the performance.

In 2012 I presented work at the OFFTA. I sent invitations by email to several colleagues from the dance community. Eventually Marie-Andrée Gougeon, General Manager of Daniel Léveillé Danse, replied, saying that she’d like to attend with a few presenters, but that the scheduling was complicated – it was impossible to find a night where everyone in the group was available. In the end they were able to come to the afternoon dress rehearsal. After the presentation, José Alfarroba seemed very interested in the piece. From that moment on, we kept in contact with Marie-Andrée and him. The following year they came back to see the same piece at the FTA, and confirmed their interest. The piece was part of the Festival ArthDanThé, in an event that hosted several Montreal artists, with structural support from the Daniel Léveillé Danse company. On a financial level, we were very lucky, since the event was very well organized. We were paid a presentation fee, a per diem, and for some rehearsal hours, and accommodation and travel were also covered. José and his team were very welcoming and we were able to see a few other shows while we were there. ArtDanThé is such a dynamic festival with so many artists and shows, but it still manages to keep things down-to-earth and welcoming. It was a unique opportunity to be among the chosen artists. It was the first time that I presented my work outside of the country in such a professional manner, with a work visa, payment and a technician. Being given the support of an established company and the help of my agent was very instructive. I learnt a lot on the phases of pre-production and all the work involved in touring.