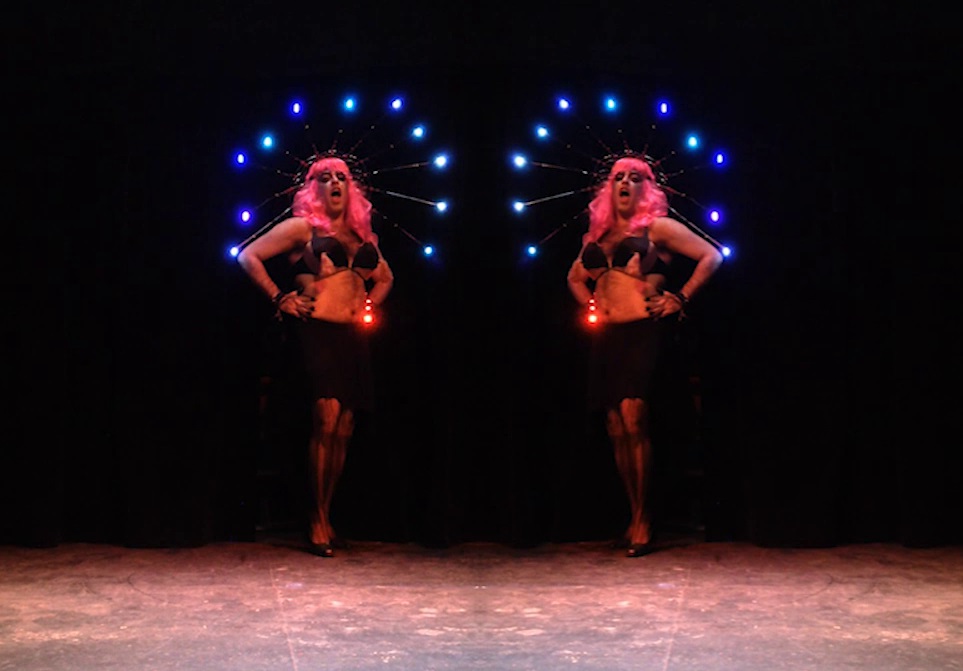 PROJECT // The residency project, “Spilled Magic 2.0”, consists of two parts; a cabaret style augmented drag performance and a pseudo-exhibition of the performed objects from the performance.

This work sums up my practices in video portraiture, kinetic sculpture, body extension and augmented drag performance. Across this hybrid body of work I am exploring issues in identity and gender politics as well as the very nature of drag. 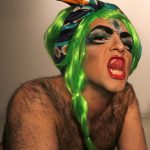 BIO // I was born in Lahore, Pakistan and raised in Houston, Texas. In 2002, my family and I moved to Toronto. It was there that I began regular participation in cosplay performance and role playing, generating characters of hybrid invention.

During my BA in the University of Toronto’s Arts, Culture and Media Program, I discovered my vocation as both performer and artist. Through the employment of body extensions and creation of video portraiture, I began exploring problems surrounding the controversial nature of gender and queer identity in the Muslim faith. My own coming out stimulated a move to Montreal to join the MFA Intermedia program at Concordia University.

In Montreal, I became interested in drag performance and passionate about exploring alter-egos for gender bending and blending. At the same time, I began to augment my drag performance with body extensions and performing Bollywood dance.